On December 13th 2015, the world’s leaders reached a rare consensus and ratified an historic accord designed to limit climate change to 2°C. January 1st 2016 marked the official launch of the UN’s Sustainable Development Goals and the start of the next Assessment Report for the IPCC. These events have shifted the emphasis from investigating and reporting the physical science behind the unprecedented changes we’re seeing on our planet to identifying and implementing strategies to avoid further change (mitigation) or to minimize their impacts (adaptation).

So does this herald the dawn of a new era? A brave new world in which scientists leave their bunkers and reach out to each other and to the communities they live and work in? A future that calls for a new transdisciplinary approach to solve the challenges facing our society? We, the next generation of research scientists, should heed the call and transform the scientific process. In her sobering science-based novella, “The Collapse of Western Civilisation: A View from the Future”, Naomi Oreskes imagines a future historian reflecting on the senselessness of 21st Century scientific researchers approaching such complex issues as climate change in the traditional compartmentalized disciplinary (“bunker” or “silo”) manner.

So what is TRANSdisciplinary research?

“Trans”disciplinary is the latest recruit to the ever-growing canon of “…”disciplinary (insert almost anything at will) approaches to research. A bewildering list of terms that seem to be used almost interchangeably, and mostly for the purposes of checking boxes and jumping through hoops in grant applications. While the scientific research community is beginning to move away from the rigid focus on single disciplines, multi-, cross- and inter-disciplinary approaches to research are usually bolt-on (i.e. added later) and not built-in (i.e. included at the outset). In contrast, “trans”disciplinary research is inherently communal and collaborative, seamlessly integrating not just researchers from different fields and disciplines but society as a whole in the form of stakeholder and community groups in a “co-design”ed process. In fact, transdisciplinary research projects are often instigated by the community rather than the academic. As every step of the transdisciplinary research process is co-operative, it is often referred to as “co-xxx” and has the potential to be a game changer in the way that we seek solutions to the key challenges facing society.

The CO-xxx of transdisciplinary research

Transdisciplinary research begins with a conversation, a dialogue, between all of the stakeholders (everyone affected by the issue or its solution). Note the word dialogue, as in a two-way process, in stark contrast to traditional science communication that is often more of a monologue with the scientist assuming the role of expert and educating society with scientific knowledge and wisdom. The four main steps of the process (co-design, co-production, co-implementation and co-dissemination) each involve full collaboration and on-going communication between the project partners within academia and the wider community.

This initial conversation should be open, far-ranging, and culminate in a mutually agreed vision: an aspirational future that all parties will work toward. This is the co-design phase, during which the scope of the project is defined: the vision (‘what should be’) and the current reality (‘what is’) are identified.

During the co-production phase, all partners work together to produce the knowledge, skills and technology required to solve the problem (i.e. to enable the community to move from reality to vision). This is followed by co-implementation of these tools to reach the desired solution. Dissemination of the vision, the knowledge and skills, and the progress toward the goal is also communal, and should take place at every stage of the project and in a way that is accessible to all (i.e. not simply via peer-reviewed journals and other limited academic platforms).

The co-xxx process is a powerful tool with the potential to solve a diverse range of issues. The transdisciplinary approach is our best hope of tackling apparently intransigent problems, those with complex inter-related causes and multiple stakeholders, regardless of scale: from global climate change to the Flint water crisis. 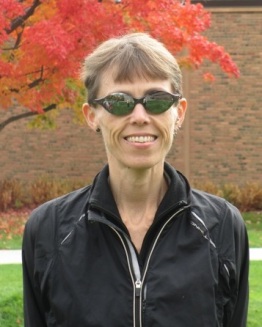 Kirsti is a postdoctoral research fellow in Climate and Space Sciences and Engineering at the University of Michigan. She successfully defended her PhD in Atmospheric Sciences at Lancaster University, UK in 2012. Her research involves developing and applying computer models to investigate how reactive gases from forests affect the atmosphere, and the implications this has for regional air quality. Outside of the lab you are likely to find her running, caving, skiing or simply relaxing with a nice cup of tea. Follow Kirsti on Twitter @KirstiAshworth and keep up to date with her academic achievements on LinkedIn.

Read all posts by Kristi here.

One thought on “Escaping the bunker mentality”