Communicated, not classified: The importance of collaboration in science (Science behind-the-scenes)

Close your eyes and picture a scientist. What do you see?

In 1983, David Wade Chambers published results from a study conducted on 4,807 children as they progressed from kindergarten through fifth grade in the United States and Canada. The test? To draw a scientist. In what must rank as one of the most adorable research experiences ever, the drawings were scored for seven indicators of a “standard image of a scientist:”

(4) “symbols of research” such as lab equipment and instrumentation,

(7) “relevant captions,” such as mathematical formulas or exclamations of eureka.

A section of the paper entitled “Alternative Images” detailed some other themes, including one that I (and the author) found troubling: denotations of secrecy (ex. “Secret stuff for secret inventions” in the words of one tiny subject).

At the root of this clandestine stereotype is a long history of persecution for controversial ideas and heated competition. A famous case was Galileo’s house arrest by the Inquisition of the Catholic Church, which resulted when he backed the then-heretical idea that the Earth revolves around the sun.  Other scientists preferred to hedge their bets in self-defense. Copernicus dedicated De Revolutionibus to the Pope, while the editor of that work added an anonymous preface stating that the contents “need not be true nor even probable.”

Fast-forward 250 years to Charles Darwin. Darwin was hesitant to publish On the Origin of Species, fearing that it would ruin his reputation. However, after another scientist, Alfred Russell Wallace, wrote him seeking guidance on publishing a similar idea, Darwin was spurred into action and published his opus, while also making sure Wallace got some of the credit.

This friendly resolution between Darwin and Wallace is not the norm, as anxiety over misattribution of credit has posed a barrier to open scientific communication. For example, out of fear that Isaac Newton might steal his accomplishment, Robert Hooke used an anagram of a Latin phrase to describe the relationship between force and the deformation of a spring. Unless anyone was able to decipher that anagram, “ceiiinosssttuv,” its contents would remain a secret. The experiences of Galileo, Copernicus, Darwin, and Hooke show different responses to controversy and competition, and suggest why sharing ideas might not be the first thing that comes to mind among scientists, let alone the school children drawing them.

Cooperation as part of the scientific process

There are also instances of competition giving way to collaboration. The international team of scientists comprising The Human Genome Project raced to elucidate the genetic sequence of a human ahead of a privately funded venture led by Craig Venter. However, the two groups were ultimately convinced to join forces, leading to a sequenced human genome in 10 years instead of the expected 15. This speaks to the changing nature of science (and scientists) as we are able to generate more data and begin to work on harder and at times extremely expensive problems, such as the detection of gravitational waves.

Although the culture is changing, scientists still need to be more willing to share results in light of obstacles to communication and progress besides competition.  We’ve already discussed transdisciplinary research on the blog, but even beyond building collaboration between different fields into project framework, scientists are taking other steps to make the scientific process more open. When scientists publish in journals, the process of peer review by other experts in the field increases the time between the formulation of ideas and their official publication. There is considerable debate about the efficacy and efficiency of the process, and in some disciplines, such as physics, math, computer science, and biology, there are publicly available archives should a scientist want to release their findings closer to when the research was conducted. Along similar lines, expensive subscriptions can hide important findings behind paywalls, leading scientists such as Nobel Prize winner Randy Schekman to promote the publication of science in open access (free) journals for anyone to read.

In addition to more accessible literature, more data is becoming publicly available for scientists to analyze. The Cancer Genome Atlas (TCGA) provides access to de-identified medical information and genomic sequencing data in hopes of answering key questions in cancer biology. Similarly, some scientists are sharing data from Zika virus research in real time in hopes of combatting the disease. As the challenges we face become more complicated, effective collaboration at every level will prove to be an important scientific tool.

Collaboration is as integral a part of the scientific process as wearing a lab coat and spouting formulas. Perhaps future elementary schoolers will draw scientists taking advantage of today’s highly connected world or, at the very least, no longer keeping secrets. Hopefully in the future the standard image of a scientist includes an element of collaboration, which is a current reality and necessity.

Further reading and links of interest: 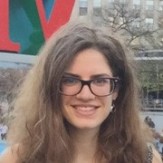 Molly is a PhD student in Chemical Engineering at the University of Michigan. Her research involves the use of microfluidics (tiny channels) to isolate and study cancer cells traveling in the blood stream. Molly’s undergraduate degree is from MIT, and her master’s degree is from the University of Michigan. Outside of the lab, Molly enjoys reading, running, and optimizing her baking experiments.

Read all posts by Molly here.