Working towards getting her Ph.D. in Chemical Biology at the University of Michigan, Sarah studies the molecular roads of the cell in the Cianfrocco and Verhey labs. Outside of research, she is active in science communication by writing for her blog Annotated Science, freelancing with the American Institute of Physics, editing for MiSciWriters, and chaired the inaugural ComSciCon-Michigan 2018. Sarah also loves to bake, take photos, make playlists, and drink lots of coffee. Connect with her on Twitter or LinkedIn.

Muyu Situ is a graduate student in the Neuroscience Graduate Program at the University of Michigan. Her research interests revolve around understanding the epigenetic mechanisms that underlie brain development and how mis-regulation of these mechanisms leads to neurodevelopment and neuropsychiatric disorders. Before coming to Michigan, she received her B.A. in psychology with a concentration in neuroscience from CUNY Hunter College in New York City. Outside of research, she is an avid cook, but most of the time, she is snuggled up with a good book or binging on Brooklyn Nine-Nine (reminds her of home in NYC). 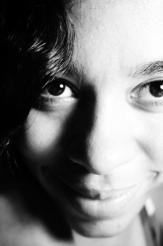 Attabey completed her bachelor’s degree at the University of Puerto Rico, Río Piedras. Currently, she is a doctoral student in the program of Chemical Biology at the University of Michigan. After her first year she joined the labs of Prof. Alison R.H Narayan and Prof. Janet L. Smith. She focuses on using enzymes as chemical tools for the synthesis of natural products and elucidating their mechanisms of action through structural biology. In addition to research and contributing to MiSciWriters Attabey has a Spanish science blog, En Arroz y Habichuelas, where she writes about science for the general public and in Spanish! She also enjoys reading comics (Saga, Paper Girls, Bitch Planet, etc.), watching movies with a scoring above 7 on IMDB, and eating disgusting amounts of popcorn! You can follow her on Twitter and connect on LinkedIn.

William (Whit) Froehlich is a medical student at the University of Michigan. Prior to medical school, he studied at Amherst College, earning a BA in Mathematics and Economics. When not studying, taking care of patients, or working on MiSciWriters; he enjoys playing the cello with the Life Sciences Orchestra, serving in Central Student Government, playing board games, and learning more about communities, human systems, and ethics. He’s also sometimes on Twitter and LinkedIn. 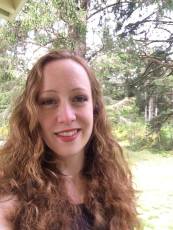 Melissa is a graduate student in Human Genetics at the University of Michigan. She is currently working in the Boyle lab on identifying and understanding the functional mechanisms of negative regulatory elements in non-coding regions of the human genome. Using a novel reporter assay developed by the Boyle lab, she is working to understand the interactions of negative and positive regulatory elements around a single gene and the way their coordinated action leads to a spatiotemporally specific program of gene expression. After receiving her degree in molecular and cellular biology at the University of California, Berkeley she worked for two years at Anvil Biosciences developing immune disease-related therapeutics. As a recent transplant from sunny CA, she has developed weather-appropriate hobbies for MI like tubing and canoeing in summer and rock-climbing and reading sci-fi/fiction novels in the winter. She also loves baking and listens to way too many podcasts. 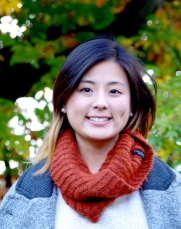 So Hae (Irene) Park is a fifth-year Human Genetics PhD student at the University of Michigan. Before attending U of M, she received her BA in Biological Sciences and Philosophy at Cornell University. Now under the joint supervision of Drs. Thomas Wilson and Thomas Glover, Irene is investigating what causes genome instability—an accumulation of mutations in the cells—and how it can be avoided. Genome instability is commonly seen in many human diseases, like cancer. When she is not working during the wee hours in her laboratory or writing/editing for MiSciWriters or The Michigan Daily, Irene likes to watch crime documentaries, collect cute things, read books by comedians, and walk around Ann Arbor while listening to music. Follow her on Twitter (@S_Park89), find her on LinkedIn, or check out her online portfolio.

A co-founder of MiSciWriters, Ada Hagan is a doctoral student here at the University of Michigan in the department of Microbiology and Immunology. She does recon on the sneaky ways bacteria find nutrients (like iron!) when they are invading our bodies. Originally hailing from the mountains of East Tennessee, Ada earned both her B.S. and M.S. in Microbiology from East Tennessee State University. In her spare time, Ada spends time with her pets and husband, cooking, fishing & the occasional Netflix binge. Follow her on Twitter (@adahagan) and find her on LinkedIn.

Our second co-founder, Bryan Moyers, is a doctoral student in the Bioinformatics program at the University of Michigan. Bryan’s research focuses on methodological problems in molecular evolution, and correctly inferring information from data. In other words, his research sheds light on problems with the methods commonly used in the field of Evolutionary Biology so that improvements can be made. Bryan holds degrees in Biology and Psychology from Purdue University. His interests are in science and education issues, philosophy of science, and the intersection of science and business. Outside of science, Bryan enjoys reading, running, hiking, and brewing/consuming beer. Find him on LinkedIn.

Alisha John is a PhD student in Molecular, Cellular, & Developmental Biology at the University of Michigan. A member of the Wittkopp Lab, Alisha studies how changes in gene expression contribute to different phenotypes seen in nature; more specifically, she is trying to figure out how two fruit fly species became very different in terms of coloration. Alisha is a Michigan native and earned her B.S. in Chemical Engineering from Wayne State University in Detroit before making the jump into Biology. When she isn’t busy staring lovingly at Drosophila, you can find Alisha baking delicious desserts, enjoying some great Michigan beers, being an amateur foodie, and/or spending time with friends & family. Follow her on Twitter (@AlishaJohn) and find her on LinkedIn.

Shweta is a graduate student in Bioinformatics at the University of Michigan. Her research involves studying computational methods to understand the genetic basic of psychiatric disease. Her undergraduate degree is from the National University of Singapore where she studied computational biology. Outside of research, Shweta enjoys reading, yoga, and figuring out the genetic basis for being a muggle (Don’t worry, she’ll let all of us know the secret when figures it out!). Follow her on Twitter (@shramdas) and find her on LinkedIn.

David is a biomedical engineering doctoral student and lifelong Michigan resident. Having recently earned bachelor’s and master’s degrees at the University, he now works in the laboratory of Shuichi Takayama, developing better in vitro organ-on-a-chip and human-on-a-chip models for drug screening and disease study. In addition to his research and writing for the MiSciWriters blog, David also writes science-focused opinion columns for the Michigan Daily and enjoys training with the Ann Arbor Rowing Club. You can follow him on Twitter (@davrmertz) and connect on LinkedIn (linkedin.com/in/drmertz).

Kevin Boehnke – Kevin is a doctoral student at the University of Michigan School of Public Health in the Department of Environmental Health Sciences. An Ann Arbor native, Kevin earned a BS in Biology from the University of Michigan in 2009. Kevin is currently studying the risk associated with water contaminated with Helicobacter pylori, a bacterium that is thought to be responsible for much of the world’s burden of peptic ulcer and gastric cancer. He spends his free time camping, doing yoga, reading, cooking, and working in a cooperative vegetable garden with friends. Follow Kevin on twitter (@boehnkster) or find him on LinkedIn.