Elemental damage: When oxygen makes you short of breath

Take a deep breath in … (it’s okay, I’ll wait) … aaaannnnndddd release. Feel better? While breathing deeply is relaxing and has psychological benefits, it also has a fundamental physiological function.

Unless you are reading this atop Mount Everest where gas concentrations deviate from those at sea level (congrats on your successful ascent!), about 21% of the air you just inhaled is oxygen, a vital resource your cells need to survive. This oxygen is used by cells all over your body for chemical processes such as generating energy for cellular functions like building proteins, fixing cell membranes, and repairing DNA.

You have probably felt the effects of oxygen deprivation on your tissues before. The burning sensation in your muscles during an intense workout is one of those consequences, caused by the buildup of acidic byproducts that are made when oxygen is not available to your muscle cells. Maybe you learned about asthma in school, simulating the effects of airway spasms by attempting to breathe through a straw after a minute of running in place. Or you might have gasped for air after taking multiple flights of stairs, holding your breath for too long, or started running again after a long hiatus.

Since oxygen is a basic biological requirement for the cells in your body, we have a specialized organ that takes care of that need for us: the lungs. Air enters your body through your mouth or nose and travels down a tube called the trachea, which branches upon reaching the lungs, funneling air into both sides. Once inside the lungs, the air continues to travel through a branching tubular labyrinth called the bronchial tree, which gets smaller and smaller in diameter as you go—like a spelunker traversing ever-narrowing passages in a cave system. These spelunking air molecules eventually reach apparent dead ends in air sacs called alveoli, the walls of which are comprised of alveolar epithelial cells. But unlike a real spelunker, this is only the beginning of the journey for oxygen molecules. The alveolar epithelial cells are so thin that oxygen molecules can pass straight through their membranes into the bloodstream on the other side, where red blood cells are waiting to pick them up and deliver them through your arteries to your body’s tissues.

While cells in the lungs are thin to serve their physiological purpose, this also means that the tissues they make up are fragile and susceptible to injury. When people become critically ill with conditions like pneumonia, the alveolar epithelial cells can break down and die, allowing fluid from the blood to flood the alveoli and preventing oxygen from traversing the air sacs into the blood. When this happens, patients are often given supplemental oxygen through a nasal cannula, face mask, or in the most dire cases, a ventilator, which increases the likelihood of oxygen crossing the flooded alveoli into the bloodstream.

This practice, known as oxygen therapy, is one of the most frequent interventions used in the care of critically ill patients. Because of oxygen’s lifesaving use in medicine, oxygen therapy is commonly misunderstood to be without side effects. However, supplemental oxygen is a drug that, like any medication, can be toxic at high levels. When excessive levels of oxygen are used in oxygen therapy, such as in last-ditch efforts to save the life of a critically ill patient, it can lead to severe, life-threatening lung damage called oxygen-induced lung injury.

Oxygen-induced lung injury occurs when the lung’s unique architecture that allows gas exchange to occur is damaged. When a high percentage of oxygen is inhaled, reactive oxygen species–unstable oxygen compounds that react easily with other molecules–are produced in excess due to the increased availability of oxygen. Reactive oxygen species are found in healthy tissues as byproducts of cellular processes like mitochondrial metabolism and innate immune responses, and at normal concentrations these molecules play important physiological roles. However, when excess oxygen is present, reactive oxygen species produced via “runaway reactions” accumulate into a toxic buildup that your lung cells cannot tolerate. This avalanche of reactive oxygen species destroys the function of cellular components by reacting with (i.e., oxidizing) them, eventually killing many of the alveolar epithelial cells.

This reactive oxygen species-induced cellular damage and death also causes other nearby cells to produce messenger molecules called cytokines, which alert the immune system and trigger a widespread inflammatory response. This response includes the recruitment of white blood cells called neutrophils into the lungs’ airspace, which follow the trail of cytokines through the blood into the lungs like bloodhounds that have caught a scent. The combination of reactive oxygen species-mediated damage and neutrophil-induced inflammation exacerbates existing inflammation and damage at the injured sites. This causes the air sacs to further collapse and fill with fluid, preventing oxygen from diffusing into the bloodstream (an effect similar to that caused by severe COVID, bacterial pneumonia, or inhalation of toxic chemicals). Ironically, breathing in too much oxygen leads to oxygen deprivation of the body’s tissues and death if lung function is permanently destroyed.

While inappropriately administered oxygen therapy may cause additional harm to already-damaged lungs, it can also be lethally harmful to healthy tissues. The main piece of clinical evidence for this idea comes from a controversial study conducted in humans in the 1970s, before many protective policies for research involving humans were in place. In this study, researchers observed that giving 100% oxygen to brain-dead patients on ventilators resulted in severe lung injury by three days of constant exposure, in comparison to patients on ventilation receiving room air (21% oxygen), which only experienced mild lung injury from ventilation alone. Since then, the injurious effects of high oxygen concentrations on healthy lungs has been confirmed in other mammals, with time to injury and death varying across species. Due to the consistent effects of excessive oxygen exposure leading to lung injury, it is still used today in research to induce lung injury, in order to study how lung injury progresses and heals.

Because of the recognized risks of excessive oxygen therapy, best practices regarding oxygen administration focus on only giving patients the minimum amount of oxygen needed to avoid hypoxia, since too little oxygen is quickly detrimental to a patient as well. These conservative practices include minimizing the percentage and volumes of oxygen initially prescribed (which can span from 21% to 100% depending on how oxygen-deprived the patient is) and lowering oxygen percentages as patients recover. However, a consensus on how to define optimal oxygen therapy has not been reached. Consequently, there are no official guidelines from any American medical society to direct physician decision-making (though such recommendations have been made by the British Thoracic Society and the German Society for Anesthesiology and Intensive Care Medicine).

Consequently, the likelihood that ventilated patients will experience excessive oxygenation during their hospital stay is still startlingly high. For example, a recent study of mechanically ventilated patients from the University of Michigan found that about half of patients experience severe excessive blood oxygenation during the first 24 hours of ventilation, with a small fraction of these patients receiving this intense level of oxygenation for up to five days. Strikingly, any exposure to the most severe category of blood oxygen the researchers examined was associated with double the odds of death within 30 days of hospital admission.

One potential disconnect causing this common patient experience, despite the established harm of excessive oxygen, may be in the minds of the doctors caring for these patients. In one study from the Annals of Intensive Care, 59% of surveyed physicians said they were concerned about oxygen-induced lung injury, but 73% of blood oxygen measurements from their patients were higher than the acceptable limit reported by the same physicians! While many physicians have a conceptual understanding of oxygen-induced lung injury, their approach to care of critically ill patients often does not align with or incorporate this knowledge.  This is likely due to strong evidence that oxygen therapy is beneficial in severe cases where blood oxygen levels drop below the threshold required to maintain proper organ function. Patients on ventilation often have or will develop dangerously low blood oxygen levels from acute respiratory distress syndrome, for which the mortality rate is about 40%. In the minds of physicians attempting to defy statistics, the side effects of life-saving interventions can easily fade into the background with the high stakes reality of their job.

The importance of not only saving a life but preserving its quality has recently become a topic of discussion in critical care medicine, especially in light of the COVID-19 pandemic, when the ramifications of severe disease and hospitalization last long after patients clear their infections. It is therefore the job of this generation of researchers and physicians to determine how best to mitigate or avoid unintended consequences of lifesaving actions. More research must be done to determine evidence-based guidelines and increase physician adherence, in tandem with interventions that reverse the effects of supraphysiological oxygen exposure (e.g., induction of antioxidant enzymes). This cannot be accomplished without fundamental research on that factors that affect how oxygen-induced lung injury develops and heals, including newly appreciated ones like variation in the lung and gut microbiome. While there is much work to do, meeting these goals will enable those with critical illness to receive the best possible care, allowing ICU patients and physicians alike to breathe a little easier. 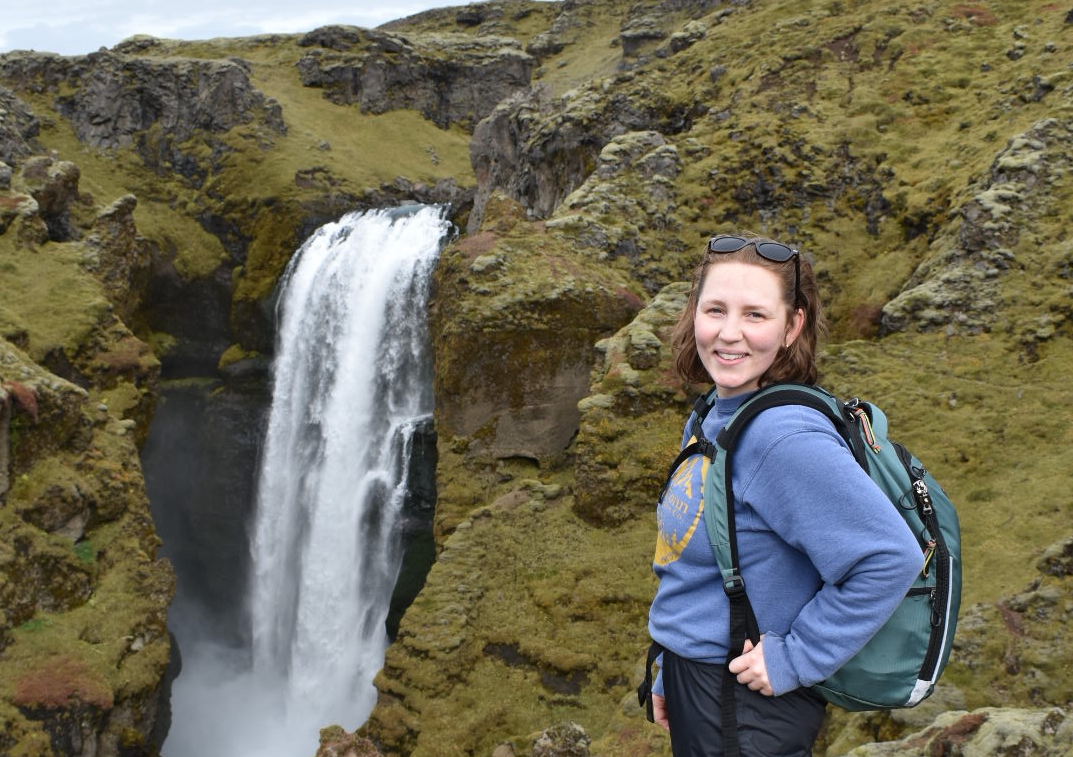 Jenn is a Ph.D. candidate in Microbiology and Immunology at the University of Michigan and the current editor-in-chief of MiSciWriters. Her research in the Dickson and Huffnagle labs focuses on understanding how bacteria in the lung and gut contribute to the unwanted side effects of oxygen therapy (like oxygen-induced lung injury and ventilator-associated pneumonia) in patients with respiratory failure. Before coming to Michigan, Jenn completed a B.S. in Science Education at Indiana Wesleyan University, where she studied bacteria that thrive in extreme environments, including species from Antarctica and an Egyptian soda lake! When she’s not in lab, you can find her cooking, reading, hiking, or taking care of her many houseplants. Connect with Jenn on Twitter or LinkedIn.