Where is Wonder Woman?

I hate to admit it, but I still have yet to see this movie that everyone is raving about and says is better than Man of Steel and Batman. But as a woman, I find it encouraging to have a female superhero join the likes of Spiderman and Superman who have many movies featuring their exploits. It’s nice to see that Hollywood is finally starting to portray women as more than damsels in distress needing male superheroes to come to their rescue.

However, this “progress” is moving at a tortoise-like pace. The media inundate women and girls with the impression that they have to be perfect in every way: perfect clothes, perfect bodies, perfect makeup, perfect careers, not to mention the equally perfect partner and 2.5 children. Although some organizations are taking steps to correct these misconceptions, such as the Dove campaign and Microsoft’s “Make What’s Next”, it’s still not strong enough to dispel the overall portrayal of women in media.

And it’s even worse trying to portray women in science and/or science fiction settings. Sure, it’s nice that in the last Star Wars movie, the main person with super-cool Jedi powers was a woman, but I highly doubt anyone will remake Star Trek with a woman commanding the Enterprise. Eileen Pollack points out in her book The Only Woman in the Room that shows like “The Big Bang Theory” have finally started portraying women in science, but it portrays them as either childish and annoying like Bernadette or bland and frumpy like Amy. The only other main female character is the stylish and suave Penny, who knows absolutely nothing about science. Women are portrayed as either dorky geniuses or sexy idiots.

But Professor Pollack believes that this antidote is surprisingly simple: start portraying women as human beings.

Pollack herself grew up in a small New York town and attended a school where she was barred from taking advanced science and mathematics courses because, according to her teachers, girls didn’t go into those subjects. Girls were openly discouraged from pursuing careers outside of teaching or nursing and were frowned upon for being too athletic. Heck, even glasses could make or break a girl’s prospects of finding a good match, which in those days was the highest achievement a girl could attain (along with having children). And why? Because they implied she was smart, and smart girls weren’t liked as much. They could think for themselves. They might even be smarter than the boys.

But Pollack didn’t let that stop her. She taught herself calculus in her last year of high school and then went on to get a degree in physics at Yale from 1974 – 1978. There, she was one of two women in her graduating class and withstood condescending comments from her male counterparts such as, “Don’t worry; one day, you can work in my lab.” During her studies, she became interested in writing and found an outlet there for her mounting frustration at being the only woman in the room. This led to her current career as an author, which at times involves her first love: science.

She discussed how she created the character in her book A Perfect Life. In the story, Jane Weiss works to find a genetic marker for Valentine’s disease, of which she may be a carrier. The knowledge of being a carrier will affect not only her work but also her personal life in terms of her future relationships or ability to have children. Pollack says that creating a talented and passionate female scientist character that also has a love life, family issues, and interests outside of work might give the rest of the world an honest look into what it means to be a modern female scientist.

But it’s not always a pretty look. Pollack agrees that the pressure put on women today is astronomically different from when she was working towards her degree.

Women now have to be Wonder Woman in order to be considered successful. But many have issues like anxiety and eating disorders from trying to do it all. Women are still expected to be the primary caretakers of the home and family, even if they already have full-time careers. This kind of emotional work takes a toll on the already over-extended, overworked, and underpaid American woman.

Pollack acknowledges, however, that trying to write an interesting novel about science is difficult regardless of whether the target audience is male or female. Most people are afraid of science, a fear that is planted even before high school and nurtured throughout the rest of their lives. However, Pollack has made it her mission to put a positive spin on the portrayal of science in the media. According to her, she wants to “convey to both men and women that science is beautiful and creative and imaginative.”

Is there any task more daunting than changing the perceptions of the American public towards science – and women in science? But it’s a task that needs to be undertaken. We need a new definition of Wonder Woman. 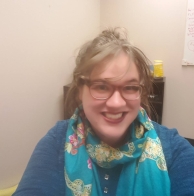 Read all posts by Kristina here.

One thought on “Where is Wonder Woman?”