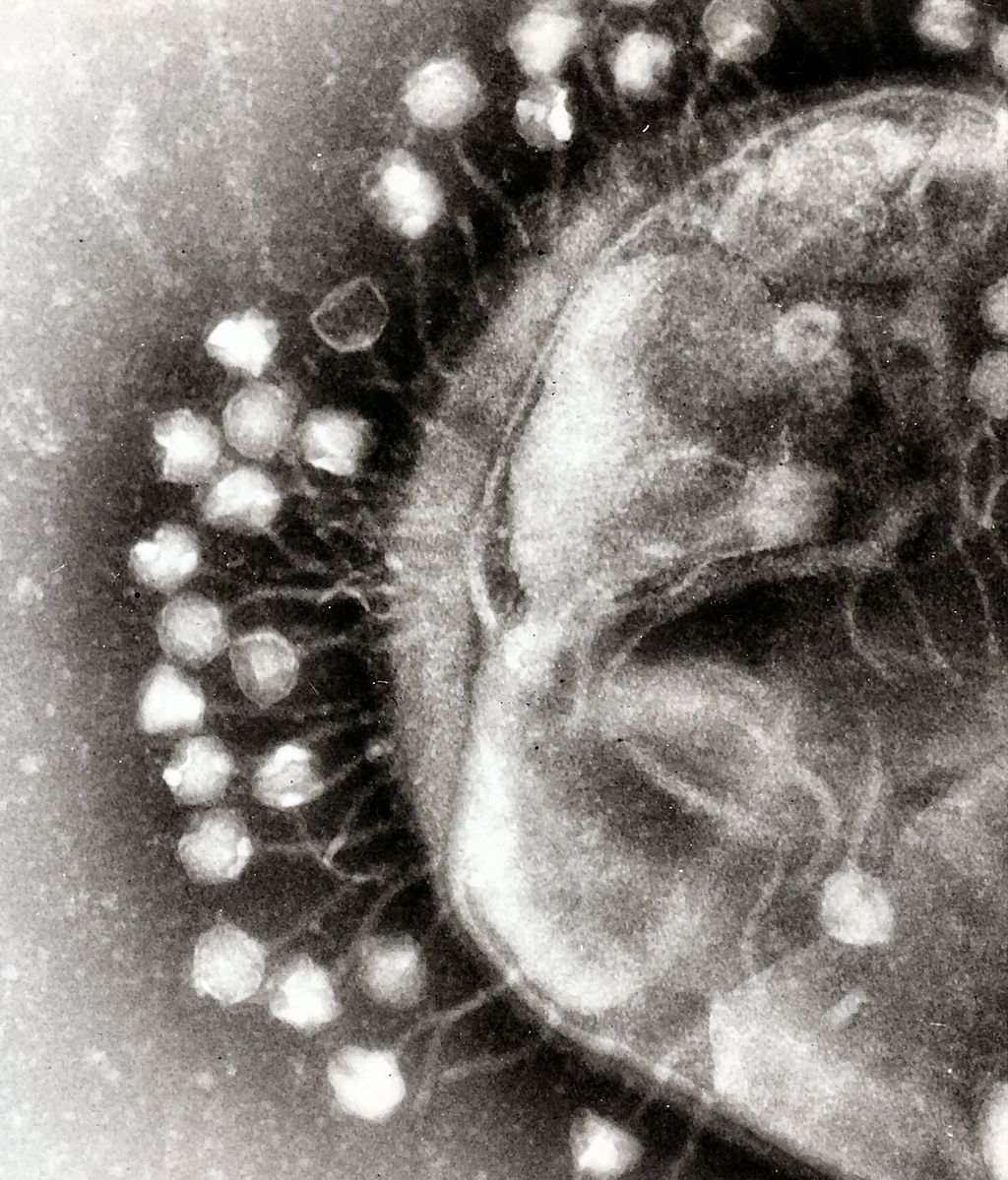 Virus vs. Bacteria: Enemy of my enemy

In 1917, almost a century ago, a French-Canadian scientist, Felix d’Herelle, and his colleagues discovered bacteriophage. As I discussed in a previous post, bacteriophage (phage) are the viruses that prey on bacteria, turning them into viral factories. The battle between phage and bacteria has raged for millennia, resulting in a beautiful co-evolution where predator and prey each grapple for a temporary upper hand.

We’ve been exploring the depths of this complex relationship, searching for ways to use this enemy of our enemy as a tool against the bacterial infections that plague us. Along the way, we’ve found a number of different techniques to exploit these micro-allies.

The earliest way that bacteriophages were exploited by humans is “traditional” bacteriophage therapy—treating a known bacterial infection with the appropriate phage. Each phage attacks a particular strain of bacteria. For instance, a phage that infects Salmonella, a common cause of diarrhea, can’t infect Vibrio cholerae, another bacterium that also causes diarrhea. d’Herelle and his group conducted many such experiments like using anti-staphylococcal phages to cure a Staphylococcus skin infection.  Similarly, they treated a Vibrio cholerae contaminated water source with a stock of anti-vibrio phages in hopes of keeping the disease from spreading.

d’Herelle’s experiments were so successful that researchers and clinicians across the world began testing phage therapy themselves. In the 1920’s and 30’s pharmaceutical companies marketed bacteriophages as a treatment for bacterial infections, and anti-staphylococcal phage therapies were distributed to local hospitals by Stanford University and the Public Health Laboratory of Michigan. However, the onset of antibiotic use, beginning with the discovery of penicillin in the 1940’s, led to a decline in the medicinal use of phage therapy outside of eastern Europe.

Unfortunately, bacteria are becoming resistant to available antibiotics faster than we can find new ones, a real problem for health care. Just last week, we learned that bacterial resistance to one of our last antibiotics has spread to the United States. The rapid spread of resistance is why the co-evolution between bacteria and phage makes traditional phage therapy so attractive. Any time a bacterium evades infection from a phage, a phage will evolve with the ability to infect that same bacterium. In this way, nature makes “antidotes” against phage resistant bacteria for us; a far cry from the situation we’re currently in with antibiotics.

Another reason is how specifically phage target a species of bacteria, unlike antibiotics. In order to get rid of that pesky Streptococcus giving you strep throat, doctors have to prescribe an antibiotic that wipes out a lot of the helpful bacteria living in your gut. This can be problematic since many of the bacteria in our gut help us get nutrients from food and protect us from pathogens.

Despite the benefits of phage therapy, specificity, and evolution, phage therapy hasn’t caught on in the modern United States medical community. One issue is safety— how much should the Food and Drug Administration (FDA) regulate phage therapy? What are the short-term and long-term consequences of the therapy? Another is pharmaceutical interest. The concept of phage therapy is so old that no one can patent it, making the therapy an unattractive avenue for the companies to pursue.

There is at least one company working towards a different application of phage therapy though. The biotech company, Intralytix, has developed phage products for use in both food safety and agriculture. To date, they have three FDA-approved, phage-based products that can be used to kill the common pathogens Listeria monocytogenes, Escherichia coli O157:H7 and Salmonella, in food (like deli and hamburger meat) and food-processing factories. Intralytix also has products to treat poultry for Salmonella and Clostridium perfringens to make eggs safer to eat. With the approval to use phages against bacterial plant pathogens on crops, food and agriculture industries look promising for phage therapy in the U.S.

One of the most widespread tools used from our knowledge of bacteriophage has been phage display— a process where researchers trick bacteriophage into putting a new protein on their surface. Scientists do this by fusing a chunk of DNA coding for a small protein (a peptide) to the end the DNA that codes for a normal phage surface protein. By randomly generating a lot of these peptide sequences, each of them “displayed” by an individual phage, researchers can compile a “phage display library.”

These libraries are really useful because millions of different peptides can be screened at the same time for their ability to bind another protein. For instance, to find an antibody that protects against a bacterial toxin, a phage display library with the binding part of an antibody could be screened against a toxin like tetanus. Each phage displayed antibody would have random alterations in the portion responsible for binding the toxin. Next, expose the phage to tetanus toxin to see which phage sticks and then replicate the phage. Finally, use bacteria or yeast to make more of those antibodies without the phage and presto, you’ve generated an antibody to help treat people exposed to tetanus!

As of this year, more than 20 phage display-derived antibody and peptide drugs have been approved for use, or are in stage 3 clinical trials. These therapies range from antibodies that block a toxin made by the anthrax, to a “peptibody” (peptide plus antibody) that treats immune thrombocytopenic purpura (ITP). ITP is an autoimmune disease where patients have a low platelet count and problems clotting. The peptide in the “peptibody” binds a receptor that triggers increased platelet production, improving the patient’s ability to clot.

Researchers have also learned to exploit the specificity of phage by pre-loading bacteriophage with antibiotics, or other treatments, to enhance their delivery to specific cells. Thus the phage are converted into tiny delivery systems, or “nanocarriers.”

Researchers have effectively treated bacterial infections in mice with phage carrying an antibiotic. This may seem like a no-brainer, using a deadly phage and antibiotics together is bound to kill even the most robust bacterium after all. But some antibiotics, while good at spreading to different sites of the body to kill bacteria, cause side effects like nausea, vomiting, diarrhea and headache. By binding the antibiotic to the surfaces of the bacteriophage, researchers can target the antibiotic to the infecting bacteria, preventing the toxic side effects.

Bacteriophage only infect and replicate in bacteria but by using phage display, scientists can create phages that target human cells too. Instead of replicating though, the phage would deliver therapeutic cargos. This technique could be adapted to specifically target cancer cells with lethal drugs. By using phage to deliver chemotherapy drugs, researchers could improve our ability to treat cancer, reducing the nasty side effects along the way. While the FDA hasn’t approved any phage nanocarriers yet, there is a phage-based treatment for prostate cancer preparing for clinical trials.

Using “traditional” bacteriophage therapy to kill bacteria, phage display to find new treatments, and nanocarriers to target drug delivery are only a few of the ways scientists can exploit bacteriophage. And while almost all of the examples I gave relate to human health, it’s important to note that there are many, many ways scientists can use these techniques to improve their research right now. An ability that could have huge impacts on human health further down the road. 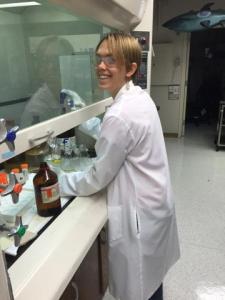 Ada Hagan is a doctoral student here at the University of Michigan in the department of Microbiology and Immunology. She does recon on the sneaky ways bacteria find nutrients (like iron!) when they are invading our bodies. Originally hailing from the mountains of East Tennessee, Ada earned both her B.S. and M.S. in Microbiology from East Tennessee State University. In her spare time, Ada spends time with her pets and husband, cooking, fishing & the occasional Netflix binge. Follow her on Twitter and see more of her posts on LinkedIn.

2 thoughts on “Virus vs. Bacteria: Enemy of my enemy”