The assassins have a description of their targets, who are hiding in plain sight among the non-combatants. The targets are guerillas who’ve infiltrated the neighborhood, overwhelming the local authorities and fomenting chaos. After only minutes on patrol, the assassins go on the attack, quickly identifying and eliminating the enemy without harming a single bystander.

This scenario may sound like the plot of a Hollywood blockbuster, but it’s also a good metaphor to describe the activity of engineered immune cells against cancer cells. The assassins are called CAR-T (Chimeric Antigen Receptor-T) cells, and they receive their elite training at the hands of physicians and scientists, who teach them to recognize particular molecules on the surface of tumors.

In recent years, development of CAR-T cell therapies has exploded and preliminary clinical studies have generated stunning results. While important concerns about their safety remain, this work is generating tremendous excitement and propelling biotech companies to attain multi-billion dollar valuations.

So what are CAR-T cells and what makes them such great assassins?

First, a little background on T cells. Organisms like us contain these specialized cells, which patrol the body constantly, monitoring tissues for signs of infiltration by pathogenic organisms. One of the ways they accomplish this is by using specialized receptor proteins that stick out of their cell membrane and “feel” molecules on the surfaces of cells around them. A given T cell has tens of thousands of such receptors, which are highly variable in shape between cells but identical on any given cell.

One subset, called cytotoxic T cells, is a group of professional killers. When they recognize another cell as foreign or possibly cancerous via their T cell receptor, they become activated. This stimulates the cytotoxic T cells to express proteins that induce suicide in target cells and release powerful chemical weapons, including enzymes that rip holes in the target cell’s membrane and indiscriminately slice up their proteins.

How Cancers Evade the Immune System

Cancer cells are genetically abnormal, meaning many of their genes are mutated and they produce proteins that healthy cells don’t. This difference enables cytotoxic T cells and many chemotherapy drugs to differentiate them from normal cells and eliminate them.

But some cancer cells are clever: though they express abnormal proteins that signal to T cells to prepare for combat, they can also release chemical messages that send conflicting messages to immune cells, saying “Nothing to worry about here…” If this happens, the responding T cell assassin can become confused and move on to other targets or become permanently disabled.

This is where chimeric antigen receptor T cells (CAR-Ts) come in. Cancer cells differ from one patient to another, so the surface markers unique to a patient’s cancer have to be identified. The T cells taken from the patient’s blood are modified to express an engineered receptor designed to recognize the markers. Scientists do this by using a virus to deliver DNA encoding the receptor protein into the cell. The virus has been stripped of its dangerous parts but can still gain entry into the cell. The newly educated T cells are then pumped up with encouraging chemical signals prior to being infused back into the patient, where, target in hand, they go right back to patrolling the immunological war zone for the bad guys. Very quickly they encounter the cancer and go “Jason Bourne” on it.

But what about those inhibitory messages we mentioned earlier? In addition to installing a new, highly specific receptor, scientists can make other useful modifications to our killers. For example, they can add modules to the receptor that make it easier for the T cell to become active. Molecular hardware can be attached to the new receptor to amplify the activation signal, like sticking a loudspeaker on it—this helps to activate T cells. They can also delete receptors that receive inhibitory signals, minimizing the confusion. All of these modifications make the T cells more sensitive cancer detectors and more likely to respond with lethal force.

Since the first CAR-Ts were developed in the early 1990s, scientists have been working hard to determine which combinations of molecular components are optimal for killing cancer cells, and to identify markers that can be used to target cancers. As cancer genomes are highly variable, CAR-Ts currently have to be tailor-made for each patient, a labor-intensive and cost-prohibitive requirement. The hope is that universal CARs can be designed that target features common to many cancer types. First, however, we must demonstrate that their use is both safe and effective: as Hollywood reminds us, lethal super-soldiers like cytotoxic T cells sometimes go rogue. Currently there are over a hundred active clinical trials being conducted in the United States to determine which CAR-Ts are safest and most effective.

The results so far have been encouraging, especially against certain blood cancers, and there is great interest in developing this technology in both the public and private sector. A small trial using a CAR-T designed by Kite Pharmaceuticals to treat drug-resistant B cell lymphomas demonstrated 71% effectiveness and more than half of the patients saw their cancers go into complete remission. A different CAR-T therapy, developed by Novartis for children with acute lymphoblastic leukemia, fared even better: 82% of patients who received the treatment were in complete remission within three months.

Some scientists and regulators have concerns about the safety of using denuded viruses to deliver engineered receptors, so many groups are trying to use other techniques to accomplish this. Others are developing drug-dependent switches that will permit physicians to control when, where, and how much killing takes place over time and to limit toxicity.

The success of CAR-T cell immunotherapy may herald a new era of synthetic biology, in which our understanding of how cells work allows us to design therapies that build on the amazing things cells already do to treat devastating diseases like cancer. We’ve had to rely predominantly on chemotherapies and radiation, treatments that are comparable to bombs that wipe out bad guys and bystanders alike. The research community hopes we can arm physicians with a better option: cancer-targeted assassins. 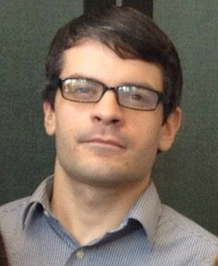 John Charpentier is a first-year Immunology Ph.D student at the University of Michigan. Prior to beginning graduate school, John earned a B.S. in biochemistry at the University of Massachusetts Boston. John is investigating a form of endocytosis (the transport of fluids and molecules) that occurs in activated T cells. Outside of the lab, he enjoys visiting museums, attending plays and concerts, and is developing a podcast about great experiments in the history of biological research. Follow him on Twitter (@snpsandsnRNPs), and connect on LinkedIn.

Read all posts by John here.