Google “diet for pregnant or nursing mothers”, and you’ll be swamped with web pages recommending foods that help the baby and foods to avoid. There has been considerable research indicating that the diet of pregnant mothers can affect the child’s health (including risk for schizophrenia). But how? And are these effects long-lasting, or do they wear off once the child hits adulthood?

A research team in London has published a study investigating how mother’s protein intake affects her children, using a mouse model. The researchers restricted the intake of protein by 40% in pregnant mice, from when they were mated until their pups were weaned. Pups of mothers with protein-restricted diets weighed 25% less, and moved more slowly, than those of mothers with normal diets.

How did these effects get transmitted across generations? Since diet cannot change DNA sequences, the team looked for epigenetic changes, which are modifications to DNA or its associated proteins that can determine whether a gene is switched on or off. The researchers found that a particular type of epigenetic on-off signal, DNA methylation, was increased in the offspring of protein-restricted mice at genes coding for ribosomal RNAs (rRNAs), which are responsible for producing proteins. DNA methylation is usually associated with gene silencing, so a high level of methylation at rRNA genes might lead to lower protein production in the offspring. Therefore, a mother’s nutritional protein intake might affect the child’s weight, probably because a smaller quantity of proteins is produced in the child (though this wasn’t directly tested).

The story, however, gets more complicated: Not all offspring were affected.

“Nature versus nurture” is a common theme in biology, but this study, and many others before it, have shown that it’s often ‘nature and nurture’ that together influence a trait, also called “gene-environment interactions” (for instance, people with a genetic susceptibility to diabetes are unusually adversely affected by eating sugar.) In the case of the protein-restriction study, maternal protein intake (environment) affects only those children that have a particular variant of a ribosomal gene. There are two variants of the ribosomal gene, and it was only mice with one of these variants that showed a higher methylation and lower body weight. Mice with the other variant were immune to this effect!

Will the result from this study performed in a mouse model translate directly to humans? We don’t know. The ribosomal gene the authors found to have extra methylation is also found in humans, although further studies will be required to see if this particular effect occurs outside of mice (such studies in humans would have to be retrospective, since we could hardly expect to restrict the protein intake of pregnant women.) Until then, it would be safe for pregnant mothers to keep their protein supplies stocked. 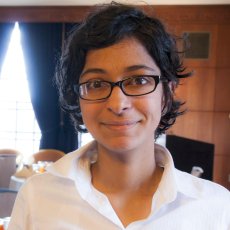