To Complete or Not Complete (The Full Course of Antibiotics)

You may recall going to your doctor and being told to “complete the full course” of antibiotics that were prescribed to you. Over the last 70 years antibiotics have been used to treat bacterial infections. The CDC, FDA, and WHO have pointed out that some bacteria could remain in your system if you stop taking the prescribed antibiotics before completing the full course, even if you feel better. This remaining population consists of bacteria that could survive the antibiotics the best; this select group of resistant bacteria is then allowed to grow and re-infect you with a vengeance. However, a recently published article in one of the oldest medical journals questioned these age-old instructions and suggested alternatives. In the era of antibiotic overuse and resistant infections, should we still complete the full course of antibiotics?

What is antibiotic resistance? How does this happen?

Bacteria are antibiotic resistant when they can grow in the presence of an antibiotic that was meant to kill them. Some bacteria already have the genes to resist antibiotics. Others acquire this resistance through random mutations that are then maintained in the population. Mutations constantly arise in DNA; many people think of mutations as being detrimental but they may be better for the organism. These beneficial mutations can help the bacterium survive in an antibiotic environment, and then become widespread. Resistance in bacteria can also occur through horizontal gene transfer, where DNA can be exchanged between or acquired from neighboring bacteria. Imagine, for example, you were walking down the street. As you are walking, you see various clothing items like a scarf, gloves, a hat, socks, a rain coat, etc. You hold on to some of these which could seem unnecessary at the time but would be extremely helpful if it started raining, or snowing! A similar situation in bacteria occurs when they encounter new DNA either horizontally transferred or mutated: some of it is beneficial for a later time. Penicillin resistance isn’t necessary in an antibiotic-free environment, but if penicillin is present, this resistance will help you survive.  It’s not as if individual bacteria are anticipating the penicillin: but the ones that did hold on the genetic material that resists it will survive when they encounter it.

Why take the full course of antibiotics?

It is thought that stopping your antibiotic before the course is finished would prevent complete killing of your infection, leaving some survivors; surviving bacteria would then be harder to treat with antibiotics. It has been suggested that the idea of taking the full course originated from Alexander Fleming, who discovered penicillin back in 1943. In his Nobel Prize speech, he describes a scenario where someone with strep throat takes penicillin to treat the infection, but not enough to kill most of it, and the remaining bacteria are resistant due to being exposed to penicillin. He concludes, “if you use penicillin, use enough,” since this was before dosing standards existed–he was trying to say that underdosing is still dangerous.  It is understood that the minimum concentration of antibiotic capable of significantly inhibiting growth of bacteria depends on the action of the drug and other factors about the patient  it is administered to and, because of this, there are adjusted dosing suggestions. For instance, Mycobacterium tuberculosis, the bug responsible for Tuberculosis, is very slow growing. Thus taking a single antibiotic, like rifampicin, for only a short time would not be sufficient to clear the infection. On the other hand, something like an acute, non-recurring urinary tract infection does not require prolonged antibiotic use. While underdosing/not taking an adequate concentration of antibiotic is dangerous for human health and may cause antibiotic resistance, what about taking “enough” for too long?

Why NOT take the full course of antibiotics?

The general idea is that prolonged exposure to antibiotics will promote resistance instead of prevent it. If a population of bacteria are continually exposed to antibiotics, eventually only the bacteria with a rare, specialized ability to resist the antibiotics will remain and they’ll be able to grow as long as they want despite the presence of antibiotics. Some experts think this explanation is more likely and that we should be wary about extended courses of antibiotics. Tim Peto, a professor of infectious diseases, says, “I think we should always say that patients should follow their physician’s advice. But I think what we’re saying is we can empower physicians to advise shorter courses of treatment depending on what’s wrong with you. And also, if you respond well to your treatment and get better, they might well say you can cut short your course of antibiotics.” Dr. Brad Spellberg, Chief Medical Officer for LA County, boldly stated, “It is absolutely false that continuing to take antibiotics after you feel completely better will reduce the emergence of antibiotic resistance.”  He follows up to explain that we don’t know the course of treatment which is absolutely necessary to treat most infections but hypothesizes that the Constantine decree of 7 days in a week is why antibiotics are often prescribed for 7 or 14 days. These opinions are not outliers. If you do a Google search on this topic, all of the top hits have something to do with stopping your course of antibiotics early; this is probably because antibiotic resistance is growing and people are beginning to question age-old practices.

Is there a better way to approach this issue?

In a 2016 Nature publication by a group in the United Kingdom, the authors used mathematical models to postulate time to eradication of infection, and therefore the minimum amount of treatment needed. They considered factors like the dynamics of susceptible and resistant bacteria, natural growth rates, horizontal gene transfer, death of microorganisms, and degradation of drugs when creating their model. They suggest that initial high doses followed by lower doses might optimally eradicate an infection. Since their study is not based on empirical evidence, it can only make suggestions about the duration of antibiotic prescription.

What do some local experts think?

Clinicians at the University of Michigan still think people should take their antibiotics as prescribed. Robert Ernst, MD, a primary care provider in Internal Medicine, says, “once the decision to prescribe the antibiotic to eradicate an infection is made, it is within the patient’s best interest to take as prescribed.” Lindsay Petty, MD, a specialist in Infectious Disease, also agrees to take as prescribed. She says in her practice, she tries to prescribe the shortest duration possible but does not want to the infection to recur or worsen–she also worries that telling people to “stop when you feel better” will create situations where antibiotics linger in medicine cabinets and patients may take them as they see fit when they get sick again in the future. Vince Young, MD/PhD, an infectious disease specialist and researcher, agrees with the other MDs and adds that generalizing about antibiotic courses is dangerous. He says the recommended prescription takes into account the infection characteristics and “stop when you feel better” may not be suitable for all infections. Dr. Young adds that the data on increased antibiotic resistance in longer durations of antibiotics across many infection types are also poor. Overall, it is clear that we need more data. It is difficult to recommend taking less than the full course of antibiotics based on theory only–what the field needs are more controlled studies on efficacy of antibiotic treatment. 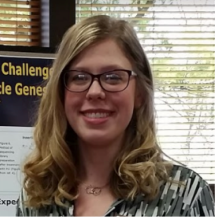 Katie is a second year PhD student in Molecular, Cellular and Developmental Biology (MCDB) at the University of Michigan. She is in the lab of Dr. Lyle Simmons investigating the mechanisms of DNA repair and cell division in Bacillus subtilis. She earned her B.S. in Microbiology from Michigan State University where she studied the mutualism between a leguminous plant and nitrogen fixing bacteria. In her free time she enjoys cooking, sour beers, reading, and basketball. Follow Katie on Twitter or find her on LinkedIn.